How to Understand the Social Security Number Format

One of the first things we are told when we get our Social Security numbers should be to memorize the nine digit number and put it away somewhere safe. This small piece of banknote paper that bears our legal name and our unique tax ID number is very important.

Some people assume that this nine digit number was created and assigned specifically with the eventual bearer in mind. The thought process is that the numbers relate in some way to the person the card belongs to.

Is this correct? Could you conceivably learn something about someone based on their Social Security number? In this post we will take a look at Social Security cards and what significance the numbers on them have.

What Is a Social Security Card?

That small rectangular piece of banknote paper which bears your legal name and a very important nine digit number is very important. This number is a vital piece of identifying documentation that is used to help track our financial earnings. Due to tax laws, most people's parents will apply for their child’s Social Security number before they even leave the hospital after birth. 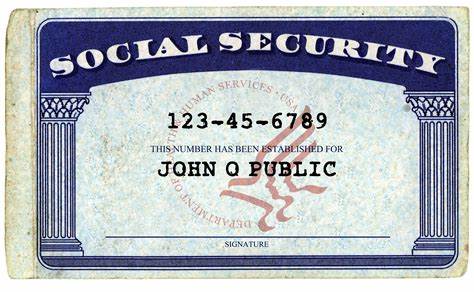 It used to be the case that people might not apply for their Social Security card until they were ready to start work. These days however things have changed. In order to be able to claim your children as dependents on your taxes they have to have been issued a valid Social Security number. This is why most hospitals will actually assist new parents in making the application on their child’s behalf.

The card allows the U.S. government to withhold Social Security insurance taxes from your paychecks which go into a universal fund. It is from this fund that state pensions are drawn and that the money for disability payments are also found.

It_ was _Franklin D. Roosevelt who on August 14th 1935 signed the Social Security Act into law as part of his New Deal initiative. This new law would create a three person presidentially appointed department known at that time as the Social Security Board (SSB). 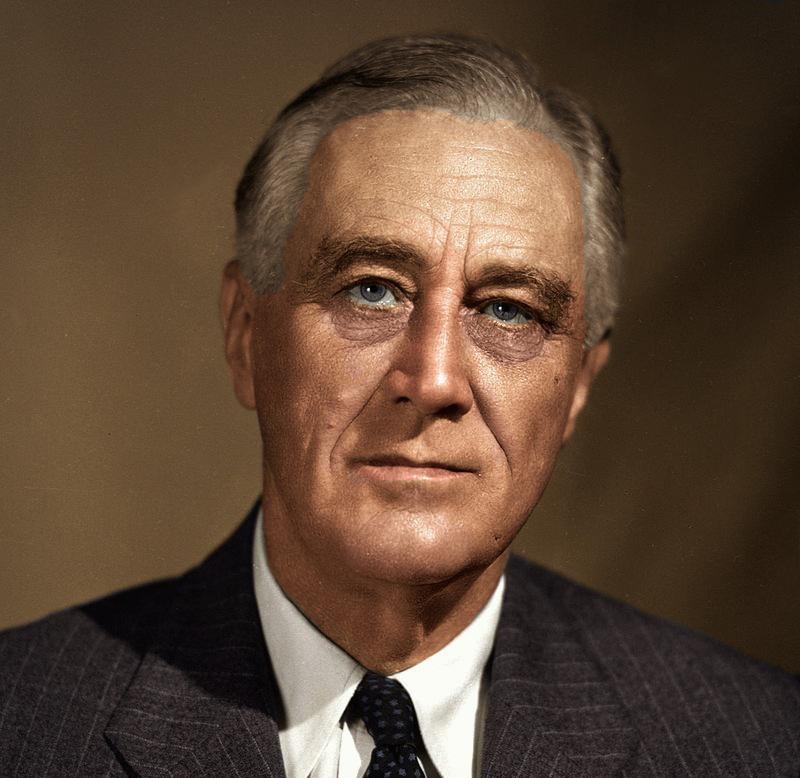 There was initially no budget for this elected board but eventually they did secure temporary funding from the Federal Emergency Relief Administration. It took a little over a year before the first Social Security office opened its doors in October of 1936, in Austin, Texas.

In January of 1937 the first Social Security insurance taxes started to be collected from the paychecks of workers who had enrolled in the program. Just three years later Ida May Fuller of Brattleboro, Vermont was the first recipient of a pension check from the Social Security fund. Ida received $22.54 in that first check.

When written out a Social Security number is uniquely identifiable as what it is. It is a nine digit number that uses two hyphens to compartmentalize these numbers into sections. These numbers start with three digits followed by a hyphen then two more digits, another hyphen and finally the last four digit section.

Each block of numbers indicates a different part of the Social Security number and historically some of these parts did in fact have a specific meaning. The first three digits are known as the area number, the next two are the group number and the last four are the serial number.

Sweeney’s card number however was not the lowest number available, essentially not the first number to be printed. It was Grace D. Owen of Concord, New Hampshire who got the 001-01-0001 Social Security number.

What Does the Area Number Mean?

As with all things it’s best to start at the beginning so in this case let's address those first three digits. These numbers are known as the Area Number and until 1972 they indicated the state, territory or possession of the U.S. that the issuing office was located.

In the early years one or more area numbers were issued to each state based on the expected number of new cards that would need to be assigned. This number was geographically significant however as an individual could apply at any Social Security office for their card it does not actually live in that region.

A person from Florida for example could get their card in California. The card would indicate having been issued in California based on the area number but the person was born and may have still resided in Florida.

In 1972 cards stopped being issued directly from Social Security offices but would come instead from the central office in Baltimore. You could still apply at any office but the card was issued centrally so the Area Number took on a new meaning.

After 1972 the Area Number was an indication of the ZIP code listed in the mailing address of the applicant. This was once again of geographical significance but again it might not mean much about the applicant. 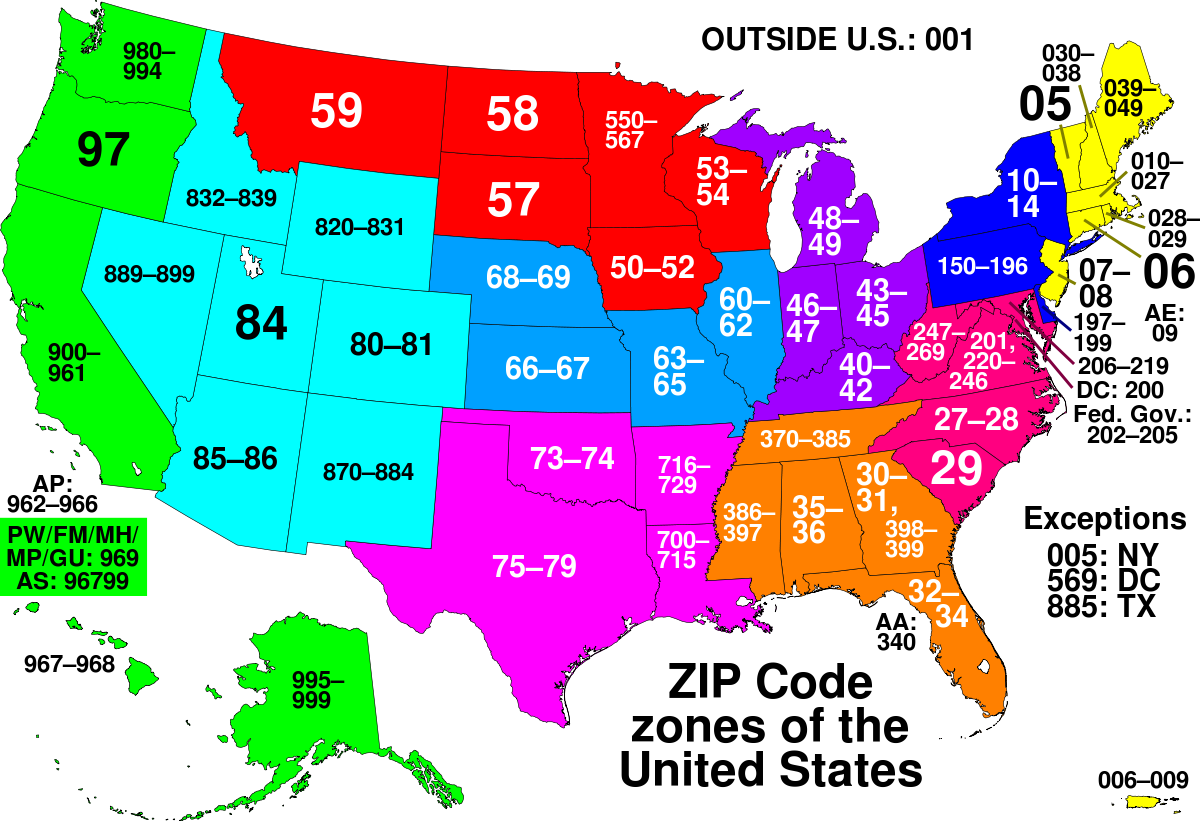 Most people get their Social Security cards when they are very young and may have moved several times since that initial application. Also your mailing address may not always be your residence at the time. Essentially then this number still doesn’t confirm anything regarding the person who holds the Social Security card.

Another big change took place in 2011 when the Social Security Administration decided that the existing Area Number allocation system was to limit that unique numbers would run out too quickly. This is because there were huge blocks of numbers that had not been allocated to specific regions.

The administration decided to switch to a completely random system of assigning the Area Number. This would release millions of new potential numbers. Cards issued after 2011 therefore have no geographical significance as the three digit number is completely random.

Those interested in the Area Number prefixes per state can find them in the table below.

What Is the Group Number?

The two digit group number has no geographical or data significance. This number is used solely to break the numbers into blocks of a more convenient size for the Social Security Administrations processing operations.

When Area numbers had a significance then the group numbers were assigned within the specific areas first using odd numbers and then later even ones. The number 00 will never be used as a Group Number.

What Is the Serial Number?

The final four digits are known as the serial and again these numbers have no significance to the person who the card belongs to. They are assigned in chronological order from 0001 all the way to 9999 based on the Area Number and Group Number.

There was some randomization during the mid 1960s but largely the serial numbers follow a sequential pattern. So those who wonder if the last four digits are a month and year of birth you would be wrong. The random nature of the assignment however does not preclude the possibility of these last four digits corresponding to the owners birthdate this would however be purely coincidental.

The digits in a Social Security number are made up of three sections, Area, Group and Serial numbers. Since the creation of the Social Security system the first three digits had geographical significance. This was until 2011 when the numbering system was switched to a completely random allocation style.

The other two blocks of numbers are assigned in their own sequential way in connection to the Area numbers. Any correspondence between these remaining numbers and any connected to the bearer of the card would be completely coincidental. They have no other meaning than to make up the remainder of the nine digit unique code.

If you use any of the forms, definitions, or data shown on SSA Locator, please make sure to link or reference us using the tool below. Thanks!